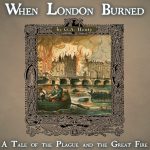 The 1660s were a time of turmoil in England. Cromwell had been defeated; Charles II, who was sympathetic to the Catholics, was restored to the throne; the Dutch declared war on England; the Plague raged; and the Great Fire of London destroyed half the city of London! Our hero, Cyril – upon the death of his father, Sir Aubrey Shenstone – inherits nothing except his father’s … END_OF_DOCUMENT_TOKEN_TO_BE_REPLACED

Stand Up for the Bible’s Inerrancy!

Thank you for stopping by!

In order to fulfill our mission to promote and support the Deuteronomy 6:6-7 lifestyle in the modern Christian family, we strive to produce content, offer material, and recommend resources that will help you hide the words of God in your heart and also “teach them diligently unto thy children.” We hope that you find this site to be edifying and useful to you; and we pray that with the blessing of the Lord, it may serve as a help to you in your own Family Reformation journey!

Blessings to you and your family,